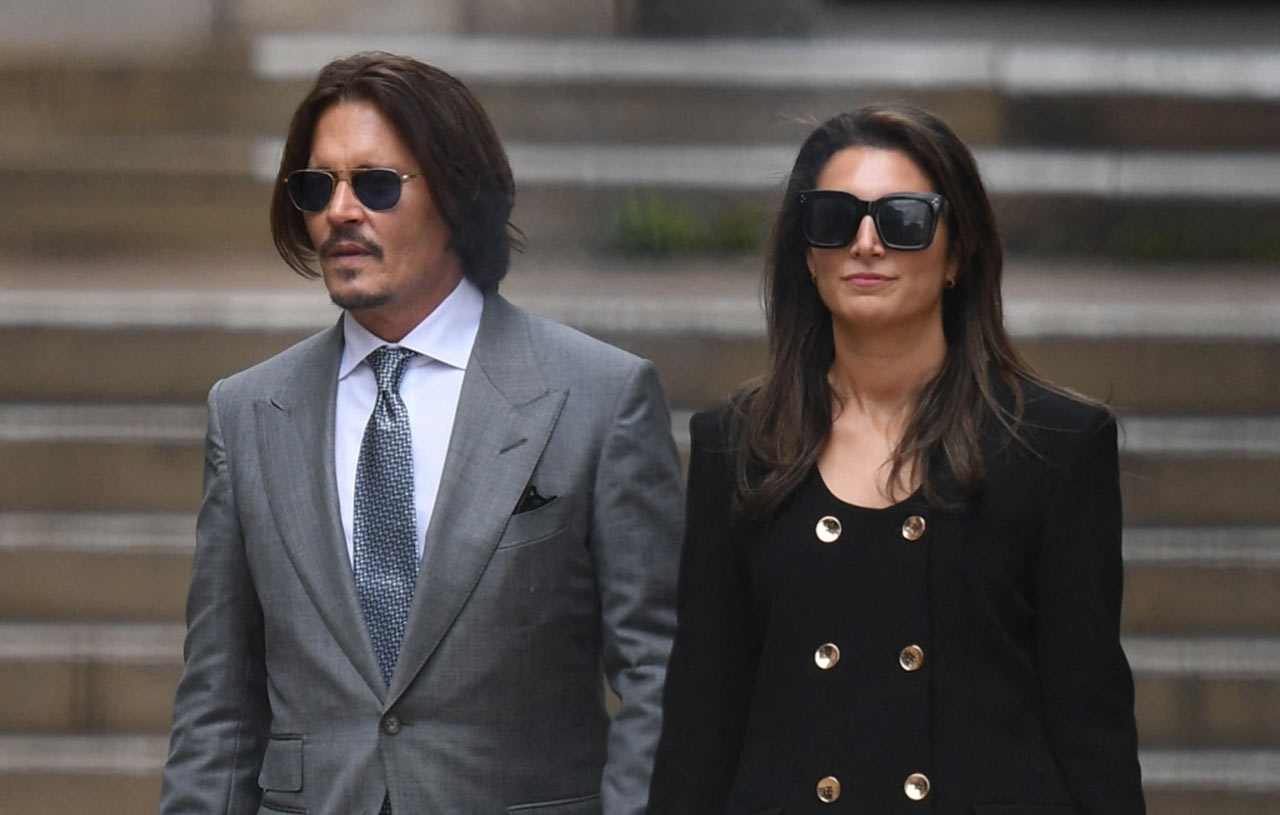 Johnny Depp is being linked to his UK lawyer Joelle Rich. She represented him in his UK libel trial against the Sun.

Here is everything you need to know.

Johnny Depp might be dating one of his lawyers

A source revealed, ‘Their chemistry is off the charts. It’s serious between them. They are the real deal.’

However, a different source claimed, ‘They are dating but it’s not serious.’

Rich made news in 2018 when she became a member of Depp’s legal team for his libel case against The Sun which he eventually lost in November 2019.

#JD is *reportedly* in a serious relationship with London-based attorney Joelle Rich, who represented him in his 2020 libel trial against British newspaper The Sun. They are together at the VA trial with a source claiming Rich attended the case to offer ‘support’. #CuteCouple! 🥳 pic.twitter.com/nrTC6OaGOQ

If you didn’t know, the 59-year-old actor sued the newspaper for labeling him a ‘wife-beater.’ However, the court determined that the publication’s claims were ‘substantially true.’

Moreover, Depp’s former wife Amber Heard took the stand to testify against the Pirates of the Caribbean star.

Furthermore, Rich was not among the lawyers who worked on Depp’s high-profile US case. However, she was present in the Virginia courtroom.

A source claimed, ‘There was no professional obligation for her being there.’

They further confirmed that the pair would, ‘discreetly” meet up in hotels during the early stages of their romance.’

Who is Joelle Rich?

Joelle Rich is a 59 year old attorney from London, UK. She is a partner at the leading law firm Schillings. They are known for representing Prince Harry and Meghan Markle.

Rich’s official bio states that she specializes in representing her clients ‘against false and defamatory allegations in print, online, and on social media.’

In addition, her bio reads that she has expertise in ‘protecting individuals’ privacy from unwarranted intrusion and media attention.’

The 59-year-old lawyer also won the Silver award for ‘Future Leader Initiative of the Year’ at the Citywealth Future Leaders 2021 Awards.

Rich was previously married to the director of the corporate finance group Bluebox. She tied the knot with Jonathan in 2011. However, the pair are currently in the middle of a divorce. Nevertheless, Rick gave birth to two children during their relationship.

Johnny Depp was previously linked to his US lawyer Camille Vasquez amid his controversial defamation case. Vasquez on the other hand became a household name during the trial.

However, Vasquez has denied the rumors by calling them ‘unethical’ and ‘s*xist’ in nature.

With reports that Johnny Depp is dating Joelle Rich who represented Depp in his libel case against The Sun in UK. Rich was with Depp everyday entering court

Source adds: “there was no professional obligation for her being there. It was personal” #JohnnyDepp pic.twitter.com/bfj6rAn6jE

Maddii is your typical nerd with a voracious appetite for books. She loves midnight snacking.